For the third year in a row, our hardy volunteers braved the extreme weather of a November long weekend.  How wrong we were thinking that it couldn’t get any worse than previous years.  This year there was significant amounts of lightning, rain, snow and wind but, we came, we saw, we conquered … 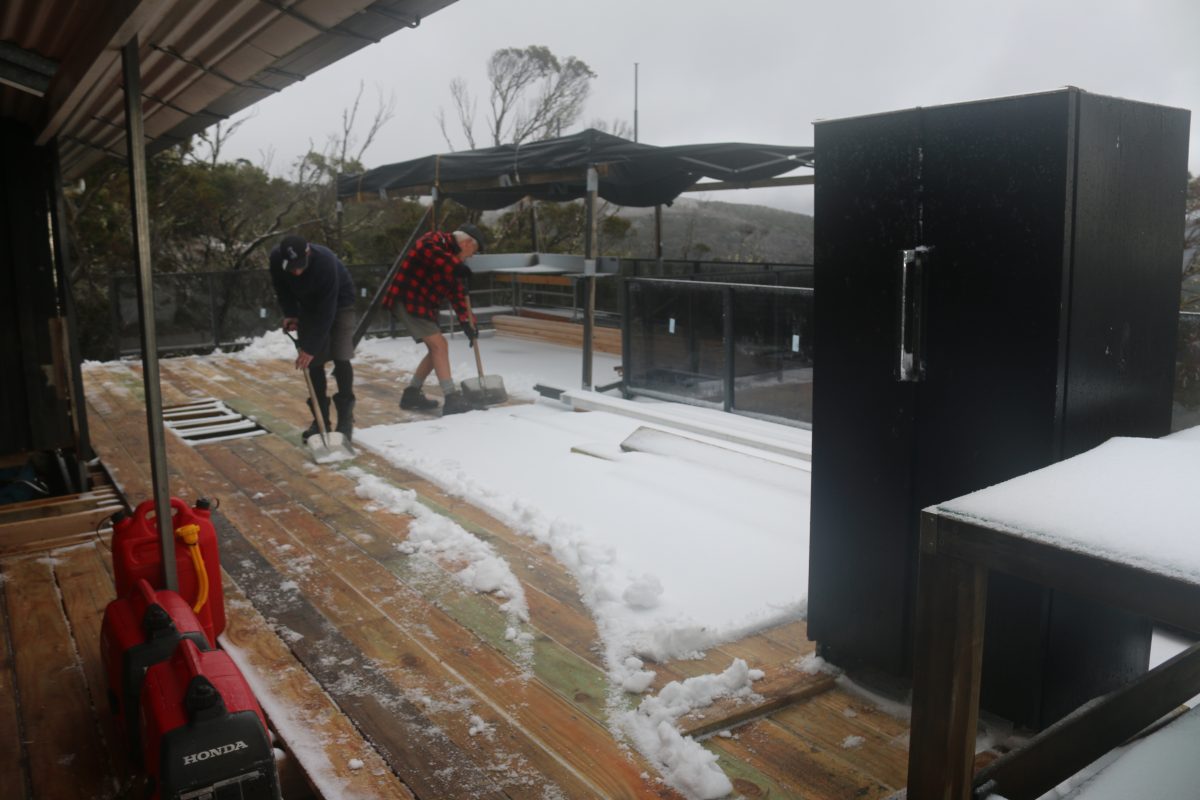 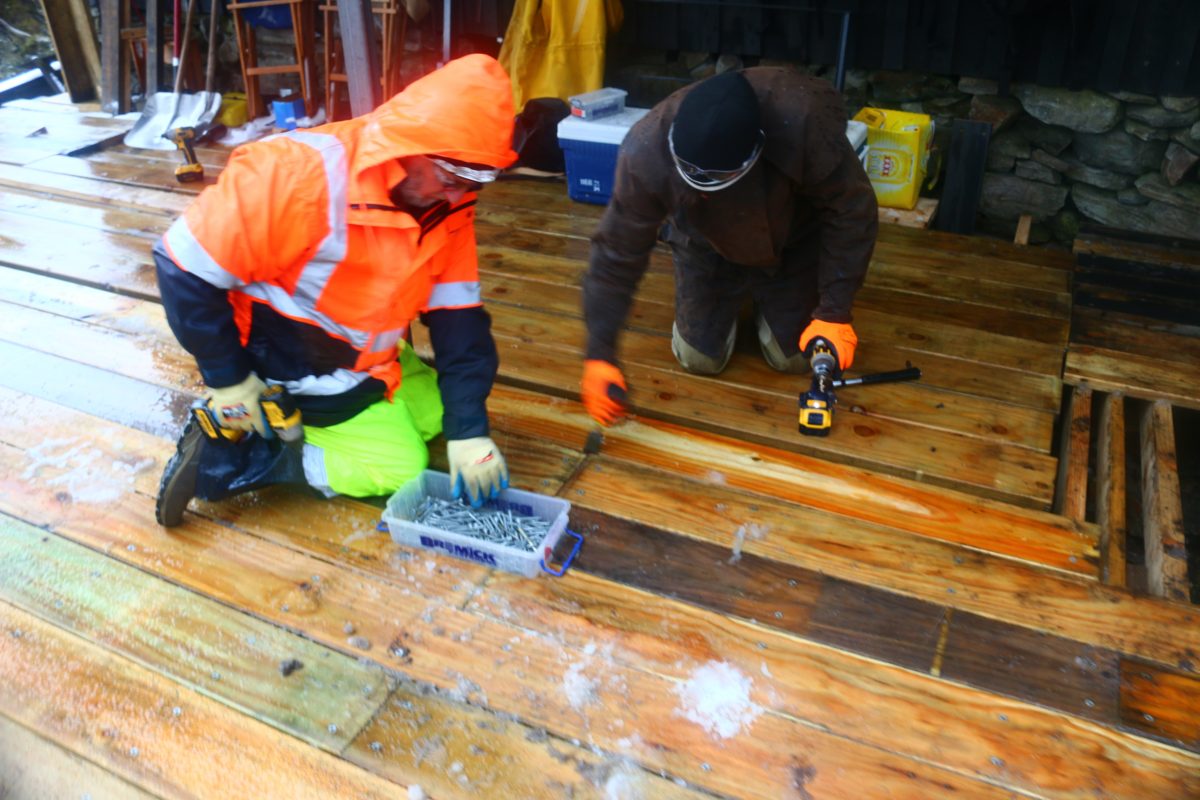 There are over 2000 screws securing the deck!Screwing the decking boards down was chosen over nailing in order to facilitate easier access to the grease trap and also for lifting the decking to change out the sand in the sand filter.

With the deck being replaced, the opportunity was taken toreplaced the existing and a new stainless-steel bench top and Weber Q BBQ’s installed.  The fridge was also relocated from being against the wall of the hut to being against the windbreak.  This has opened the area up and will allow for better movement of people into/out of the hut. 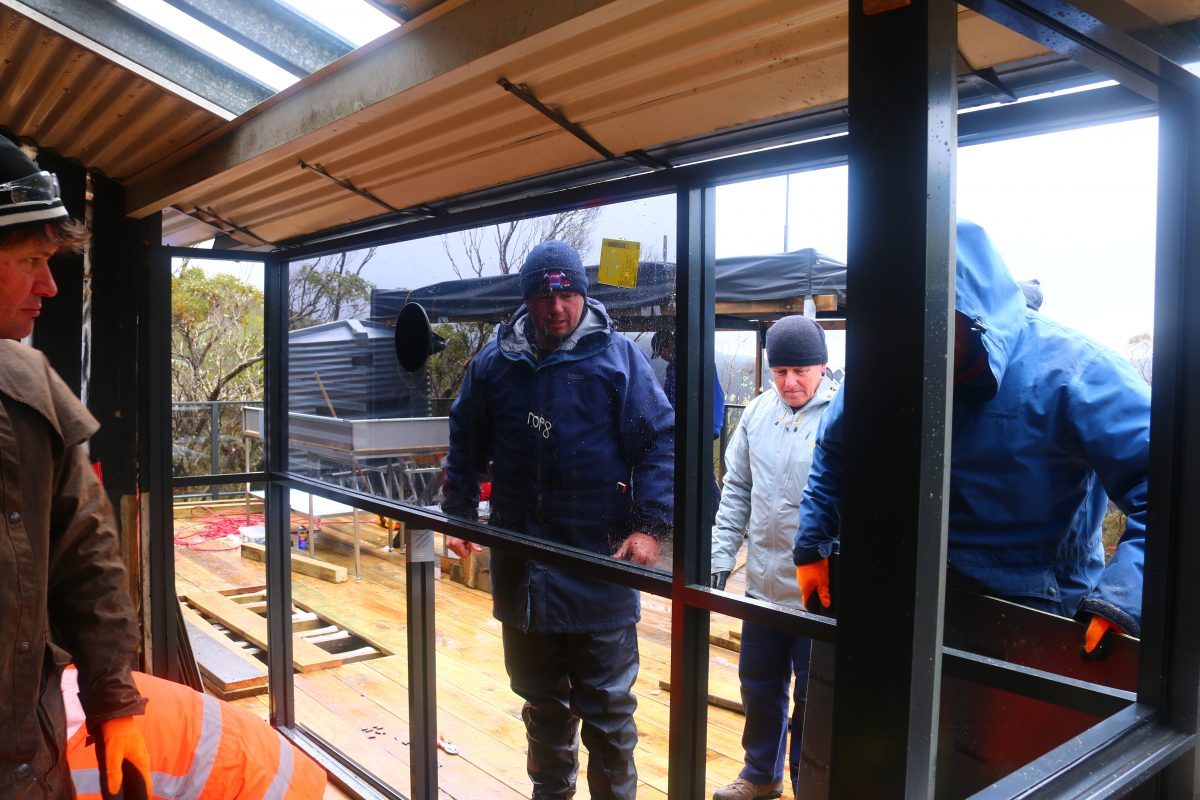 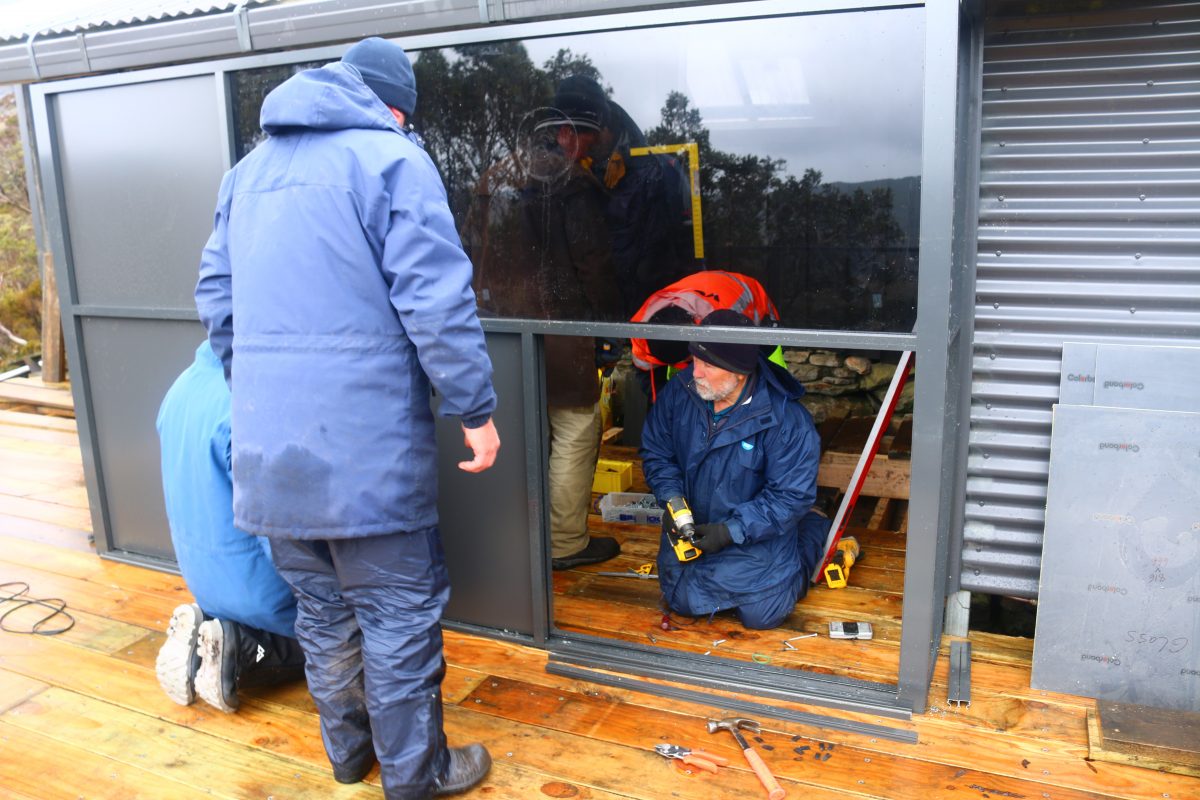 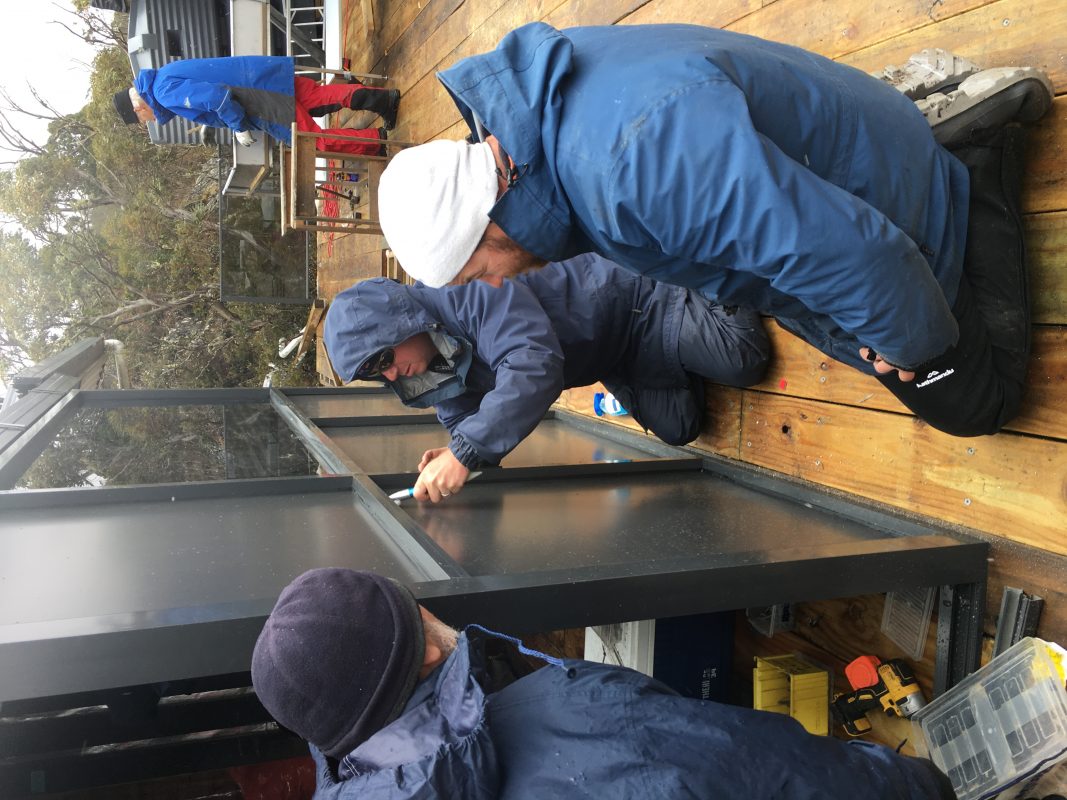 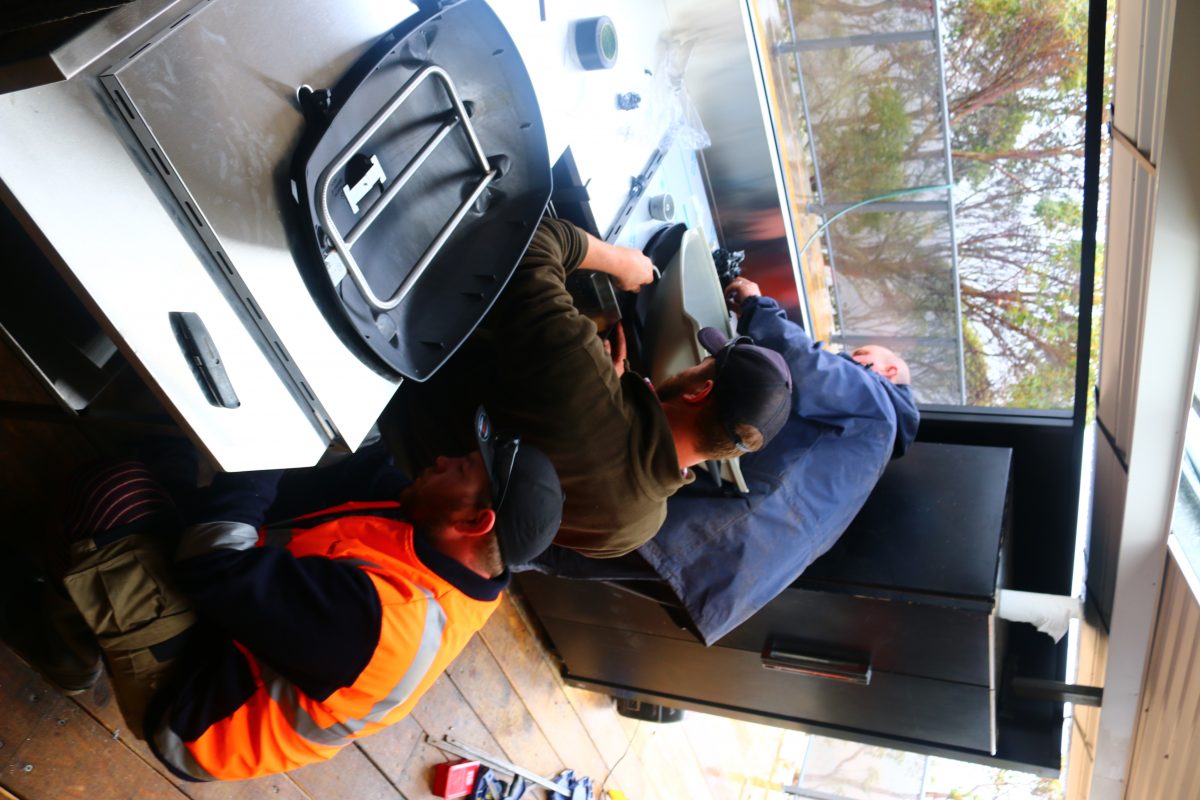 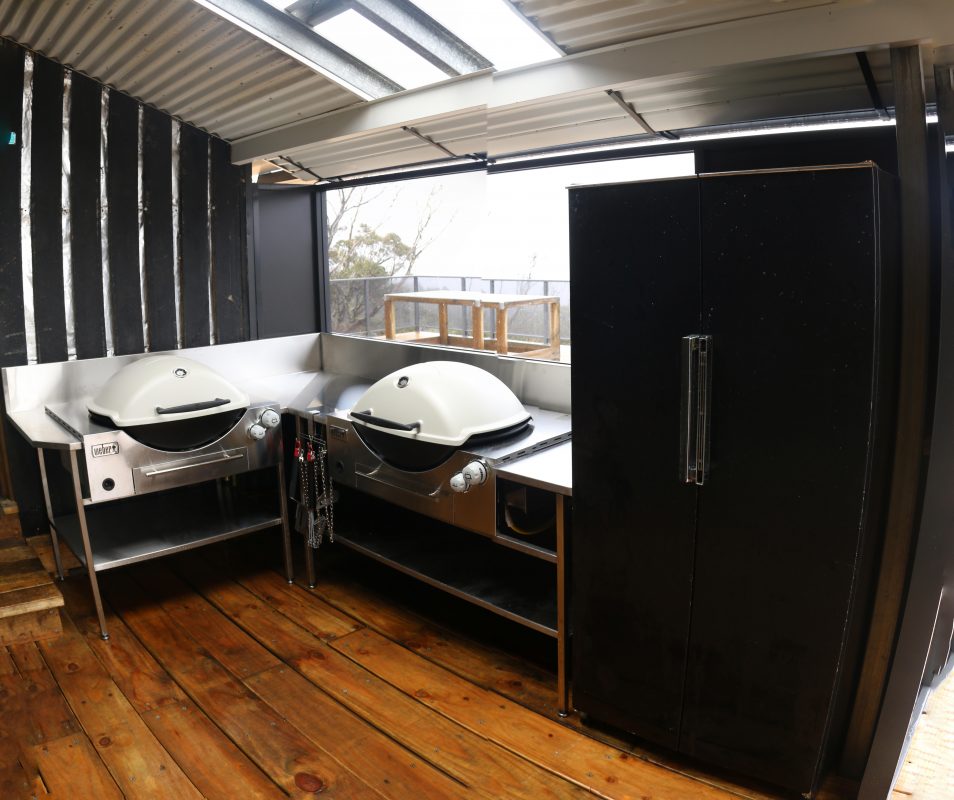 Our team has logged over 2200 hours on-site in order to make this project happen with a further 300 hours of off-site support for project management and logistics. A total of 23 volunteers worked on site and 15 of those spent at least 7 days on site over the duration of the project. The material costs were approx.. $130,000.

We’d like to acknowledge the Cradle Coast NRM and the State Government Community Infrastructure Fund for financial support provided for through their grants programs and Tasmanian National Parks for their assistance with logistics.

We trust that all future users appreciate the significant effort that our volunteers have committed to ensuring that there is no negative impact on the waste water discharged from the hut whilst all the while giving thought to improving the amenities for the hut users. 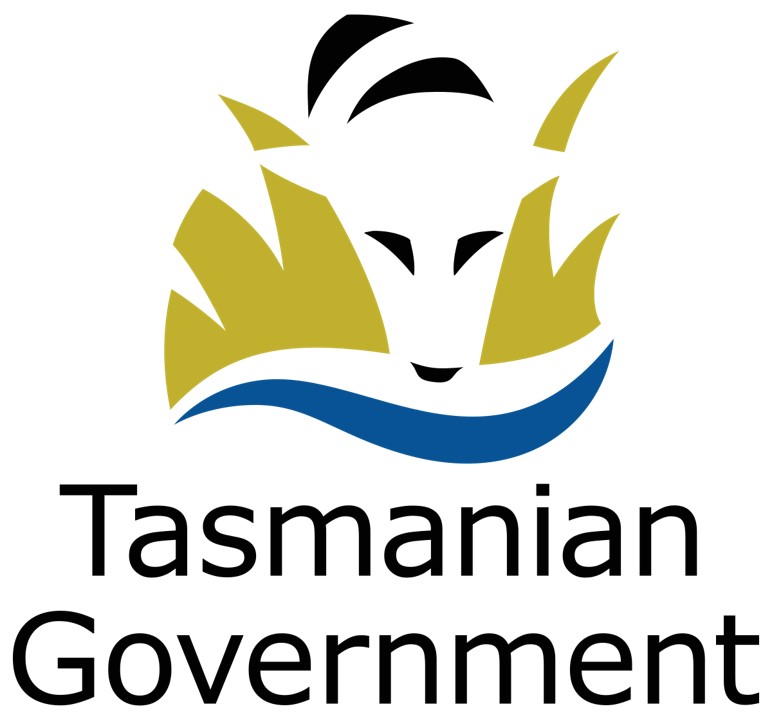 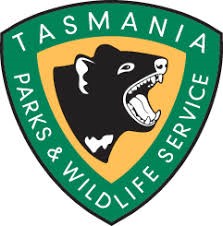 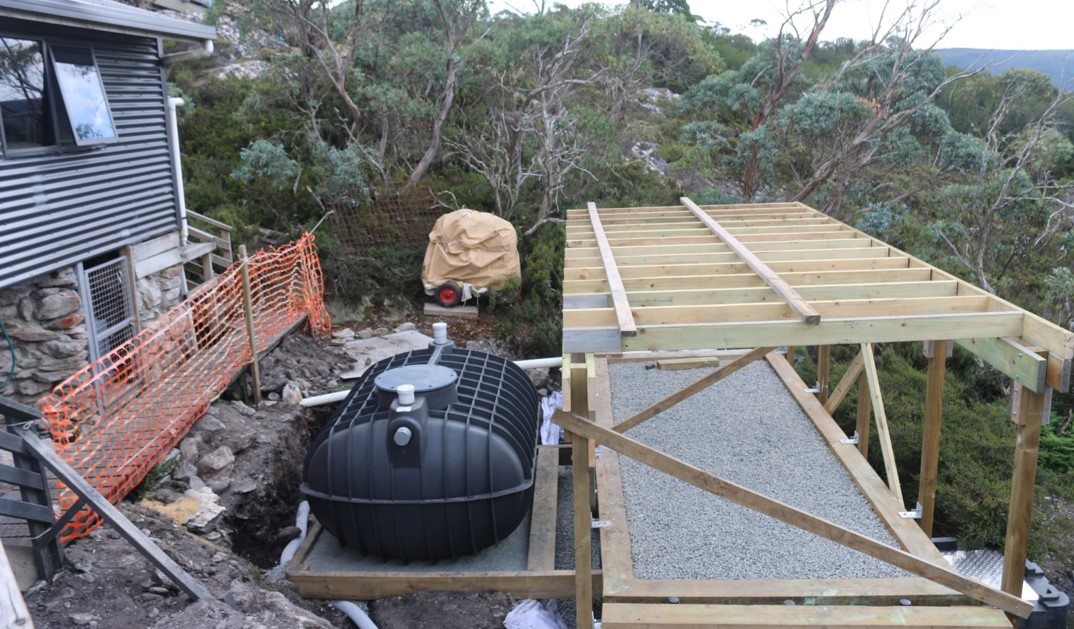 For those who read our last post, we mentioned that we were going to use a ‘secret weapon’ to try and combat the forecast weather this time.As per below, we used a gazebo to try and keep the saw and generators out of the rain and this was very successful and allowed us to keep working in all weather.

Unfortunately gazebos aren’t designed for 60 km/hr wind gusts and 100mm of snow load, however, it certainly served its purpose and kept all our equipment dry for the 4 days which if it hadn’t, we wouldn’t have been able to complete the project.

From time to time we’ll post details of new works and happenings at ‘The Scout Hut’.